Thanks to Giorgio Armani new talents support project they will show at the ARMANI THEATRE . 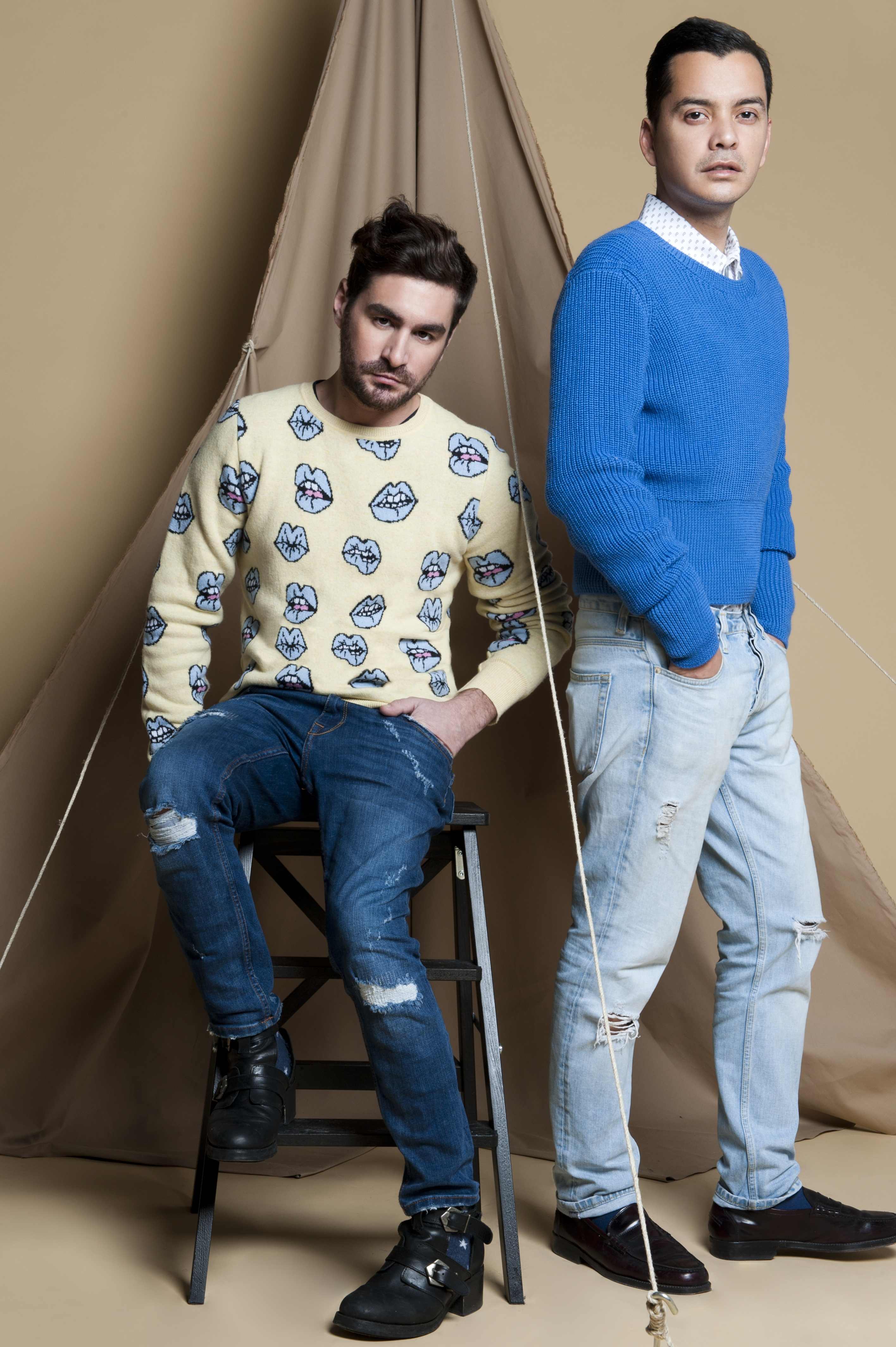 Presented for the first time in 2010, the au jour le jour brand was born from the creative synergy of Mirko Fontana and Diego Marquez, after traveling different but complementary paths that reveal an ideal combination of background and expertise. Mirko Fontana obtained a bachelor’s degree in Business Administration at the Luiss University of Rome, subsequently becoming marketing manager for a Swiss multinational company and finally, after having received a master’s degree in Media Relations, he decided to focus entirely on fashion communication. Diego graduated in Civil Engineering in Bologna; he initially worked in an architectural studio specialized in fashion clients and he later trained as sales manager for an important Italian brand of women’s clothing. In 2011 the two participated in the competition Who’s on Next in Rome, organized by Vogue Italy in collaboration with AltaRoma, followed by a significant expansion abroad, which strarting from Europe reached Asia, by way of Russia and Middle East. This performance lead them to start their self-owned company Four Fashion Lab, for further implementing the brand’s growth and internationalization.