Great optimism for the future course of the fur industry is the message sent by FurExcellenceinAthens 2014, InternationalFurFair. FEA 2014 moved towards the opposite direction of the precedent fur fairs, in spite of the existing difficulties of the economic and political environment of the international markets. 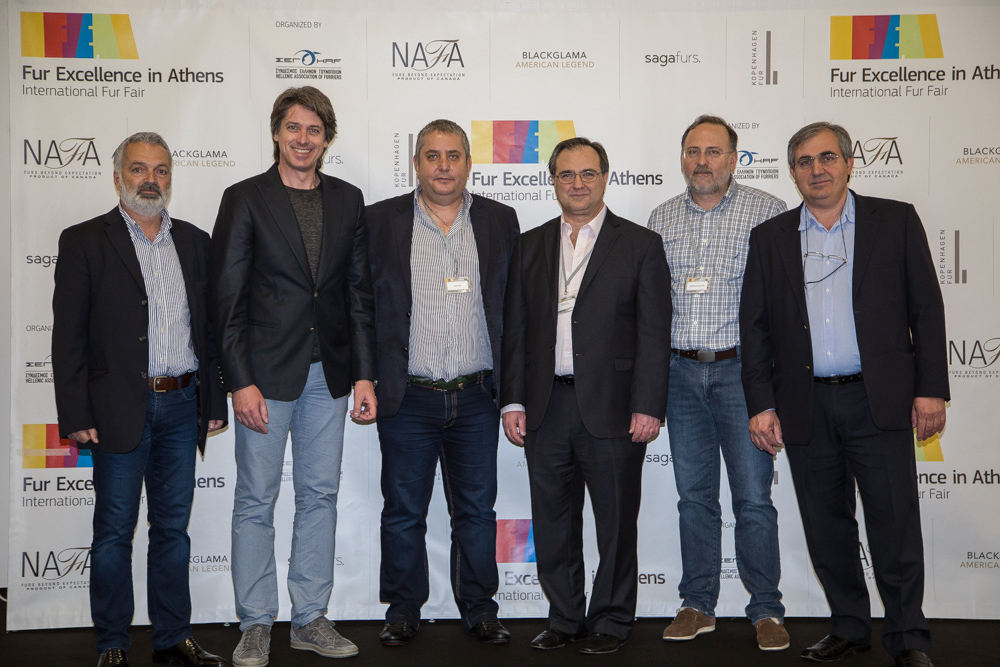 The positive results were shown not only by the number of visitors but mainly by their particular interest in buying fur items.  Byers and exhibitors alike, from Greece and abroad, declare their extreme satisfaction by the organization, quality and aesthetics of the booths but mainly by the results achieved as well as the prices that prevail.

Various events have taken place during the four days of the Fair. In the first day, the GALA- Fur Fashion Show attracted 800 attendees.  The glamorous event that is being held as the premier highlight of Fur Excellence in Athens 2014, International Fur Fair, took place at Megaron-Athens Concert Hall, impressing the hundreds of guests. The participating companies presented their best creations and new fur fashion trends within a luxurious environment worthy of the image and position that Greek and International Fur Industry holds.  This Fashion Show represented the best advertisement that Greek fur manufacturers could have, setting the InternationalFurFair of Athens a synonym to Fashion and Quality.

On 28th of March among the top picks of the day were the Greek Young Designers Competition, under NAFA Sponsorship, were new ideas testing the frontier of fur creativity were presented.  In addition the ‘Discovering Fur Excellence’ Workshop was organized by Vasilis Kardasis, professor of the Royal College of Art-London.  Fur Excellence in Athens 2014, continued the following days with visitors enjoying various unique events that empowered Fur Fashion trends.

The particularly satisfactory transactions that took place, in contrast to the difficulties that fur industry faces in general, was what characterized FEA 2014.Trade visitors, especially those from Russia, put a noticeable number of orders, creating optimism for the reversion of the negativity that has prevailed so far.  This was shown at wholesale and retail sales alike, a fact that was acknowledged by all exhibitors participating at FurExcellenceinAthens 2014, InternationalFurFair.

“In spite of the initial cautiousness that existed, FEA 2014 has won the bet achieving results much better than the expected.  The revealed interest constituted a remarkable positive progression for participating exhibitors, in a critical moment for the Fur Sector. Hellenic Association of Furriers with the support of International Auctions Houses (NAFA, American Legend, Kopenhagen Fur, Saga Furs) will continue in order to justify the expectations of those who believed and invested in this effort. Having achieved these remarkable results, we begin organizing our next FEA 2015 with optimism.” underlined Mr Michalopoulos, president of Hellenic Association of Furriers.