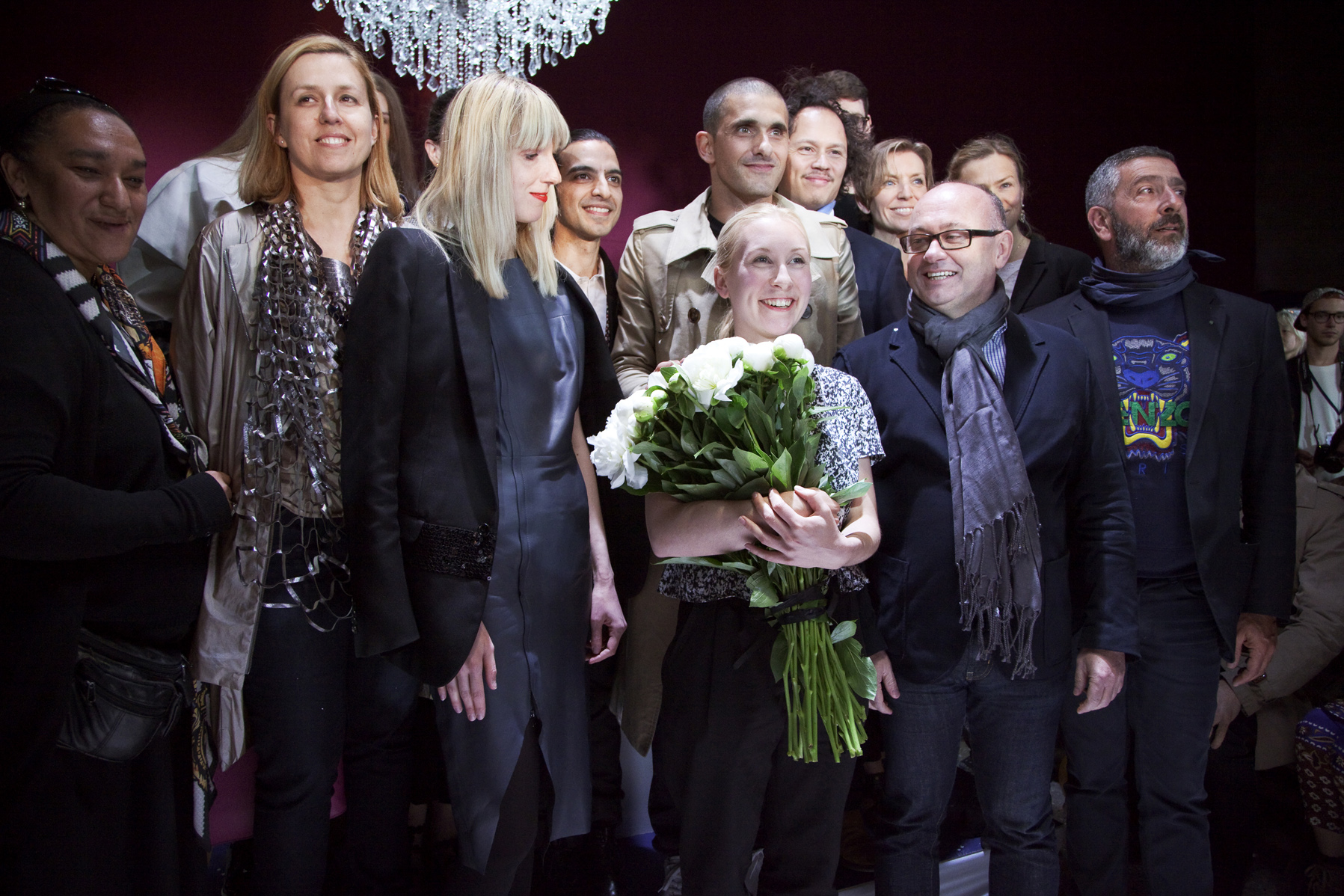 Master of Arts Satu Maaranen, who graduated from the Department of Design of the Aalto University School of Arts, Design and Architecture, in Finland, has won the Grand Prix at the Hyères Fashion Festival with her collection for women. The prize is worth EUR 15 000. The inspiration for Maaranen’s Garment in Landscape collection was landscape and its artistic interpretation. In addition, the prize includes EUR 3 000 from the Ra concept store and a collection to be produced in cooperation with Petit Bateau. The top fashion houses are interested in Maaranen and her collection.
The judges were unanimous in their view that Satu Maaranen’s collection was superior. They were also unanimous in their decision of the winner.
-          Satu Maaranen’s work with the material that she uses completely convinced us. Her use of colours is also strong, said Felipe Oliveira Baptista, the head of the panel of judges.
-          Aalto University has made it to the top tier of the most internationally interesting fashion schools! Aalto University is the first school whose students have won this competition in two consecutive years. Our success is the result of persevering and goal-oriented teaching and development of education. We give our students creative freedom, support, and encouragement, but much is also demanded of them, says Professor Pirjo Hirvonen, Head of the Department of Design.
The event, which has been held at the famous Villa Noailles in Hyères on the French Riviera already since the early 1980s, is considered one of the world’s most prestigious competitions in the field.  Each year the panels of judges in the competition are composed of some of the most influential international figures in the fashion business. The works in the competition were showcased on three different days in three different shows to fashion professionals, experts, and the public at large. The competition has served as a springboard for many international names in design, such as Viktor & Rolf, the main designer of Thierry Mulger Romain Kremer, Felipe Oliveira Baptista, and Henrik Vibskov.
Satu Maaranen was chosen as one of the ten finalists from among 355 entries. The 28e Festival International de Mode & de Photographie Hyères 2013 took place on 26-29 April 2013 in Villa Noilles, France.
nomads.
Winning collection at Näytös13 show
Satu Maaranen’s collection will be included in the Näytös13 show on 24 May 2013 at 18:00 in Suvilahti, Helsinki, Finland The show, which is organised each spring, showcases to the public the new collections designed by students who are graduating from the school’s Degree Programme in Fashion and Clothing Design.
Further information Aalto University School of Arts, Design and Architecture Tuomas Laitinen, Lecturer, tel. +358 40 952 6024 Anne Tapanainen, Communications Manager tel. +358 50 434 7911