The first decade of Black NAFA

The premium quality black minks sold by NAFA have become a reference point for designers throughout the world. 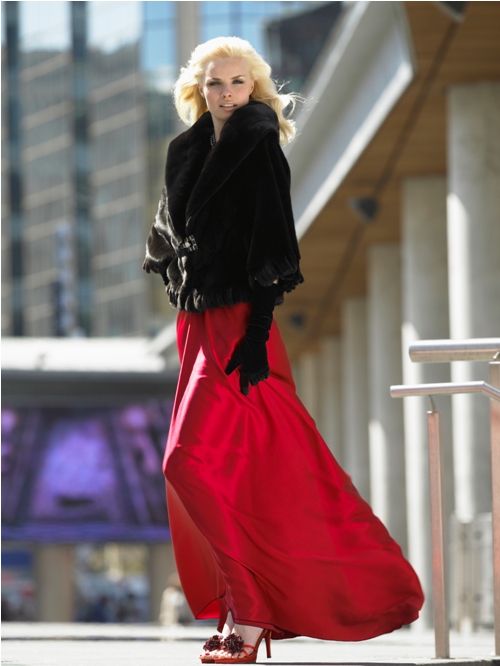 February 2013 is an important date for NAFA which will, in fact, be celebrating the 10th anniversary of the Black NAFA trademark, developed in 2000 but only auctioned in 2003. A label born to satisfy the specific requirements of breeders and fur suppliers: in fact, until that time, there was nothing to alert the end consumer to the superior quality of the black minks marketed by NAFA.

To celebrate this anniversary, NAFA invited ten designers from ten countries to create a garment for the 2013 campaign, obviously using Black NAFA mink. Ten unique, exclusive garments, will debut at the Hong Kong International Fur Fair in February and will then go on to be the protagonists of a world tour featuring a series of gala evenings organized in its key markets.

Over the past ten years, the Black NAFA brand has evolved to exceed all expectations: several of the best US and The premium quality black minks sold by NAFA have become a reference point for designers throughout the world Canadian breeders have decided to sell their products to NAFA, collaborating with auction house technicians to achieve unparalleled levels of quality. “It is not mere chance – explains Michael Mengar, President and CEO of NAFA – that the Black Nafa brand has achieved global acclaim: it is the result of ongoing collaboration, built up, over time, among the breeders, the dealers and the buyers, thus allowing our mink to be the best in the world. Team work that has involved each stage of the production process, culminating in the creation, last year, of the Black NAFA Limited Edition Collection”.

A success backed up by numerous designers of world fame: Gianfranco Ferrè, Roberto Cavalli, Michael Kors, Oscar de la Renta, Emanuel Ungaro and Julien Macdonald are just a few of the big-names who have taken part in the NAFA campaigns over the past few years. “The archive of our advertising images – explains Diane Benedetti, Senior Vice President of NAFA Marketing – offers
an immediate overview not only of the work that has been performed by the NAFA team but also of the results obtained. Our campaigns are directed at different targets: in some cases, we proposed a soft, extremely sophisticated image, in others a more edgy look, that underscores a subtle sensuality. Our mission, however, remains the same: to promote the beauty of our Black Nafa mink throughout the world.”